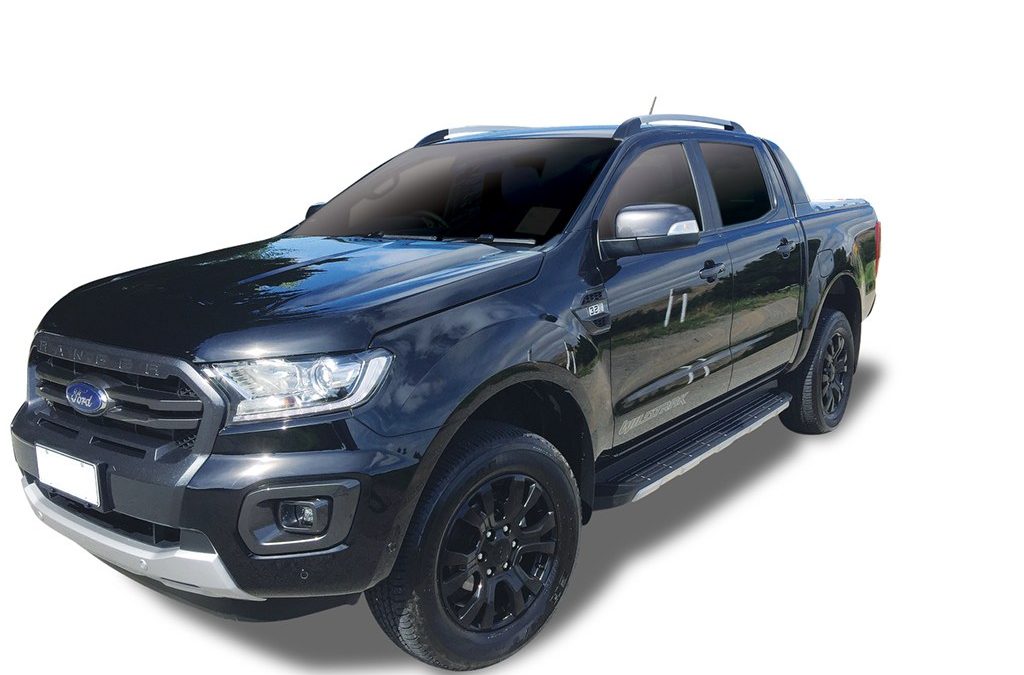 The Christchurch re-build over the past decade wouldn’t have been so efficient without two imports from Asia – Filipino tradies and Ford Ranger utes. Paul Taggart takes a look at the latter.

Whether it is my advancing years, or the tragic decline in the quality of journalism, I’m not sure, but more and more often when I read the New Zealand mainstream media I end up muttering under my breath: This is utter ####.

It applies to motoring writing as much as anything else. A wee while back I read a piece written by a hack who twittered on about how he didn’t understand why the Ford Ranger was the biggest selling vehicle in the country, as it had a big turning circle.

He threw out a few implausible suggestions then concluded he still had no idea why the Ranger was so popular. I put the paper in the wood basket and mutterer, “What about tax, you moron”.

To a journalist living in Auckland or Wellington, who collects a monthly salary, the realities of running a company are probably a mystery, so the reasons why many small business owners buy a ute are clearly equally unfathomable.

The fact is that fringe benefit tax is a pain in the backside and if your small business owns or runs a car, then there is a lot of paperwork to log the miles travelled on work time, as opposed to personal use. Different accountants may have varying interpretations here, but generally if you have a ute the assumption is that it is totally for work. The tax department assumes that you’ll have a proper car at home to take the missus to the movies or run the kids to football.

What cements the ute as a work tool is if you have a sign writer paint on the door “Bob’s Woolscourers Ltd”.

Now that’s the theory, but with utes like the Ranger they are nice to drive these days and I wouldn’t be surprised if they make the odd trip to the netball courts to pick up the kids or down to the shops for a takeaway, unbeknown to the tax man.

It does make me wonder when you see “Betty’s hairdressing salon” painted on the side of a ute. The vehicle could be used fulltime for collecting rollers and boxes of dye, but you have to wonder.

That said, I think most of us would be happier to see the tax people chasing Google and Facebook for a few million in contributions, rather than harassing Betty the hairdresser for a couple of dollars of fringe benefit tax.

Another way to benefit from having a ute is by leasing. A lot of new Rangers are leased by businesses, as the payments are tax deductible as an operating expense. So, if you’re a decent sized company, making a reasonable profit, leasing can be the way to go.

The large number of vehicles that are leased results in a strong flow of good second-hand utes coming back to dealers (who often own the leasing companies). These can then be picked up by smaller businesses which can buy an as-new vehicle with low Ks on the clock, for a decent discount on the new price. Everyone’s a winner. So, for the benefit of the motoring journalism community, a vehicle’s turning circle isn’t the main consideration when business owners buy a light commercial.

That said, people have to drive these vehicles, and in small companies it is often the business owner – so they can’t just be a 3.2-litre tax dodge.

Having got my hands on a Ranger I totally understand why they are leader of the pack – a position that was held for many years by the Toyota Hi-Lux, which is now the country’s second best selling vehicle.

For every woman who buys a ute, eight are bought by men. Is that a surprise? I would say it is, to be perfectly honest. From my casual observation, as many women as men appear to drive SUVs – Jaguar F-Paces, BMW X7s and Range Rovers – so why not utes?

Whatever the statistics say about these vehicles being bought by Aucklanders for “lifestyle” purposes, a heck of a lot of them actually do real work. Anyone who lives in Christchurch will remember when someone in their street was having their earthquake repairs done, a swarm of utes and tradies appeared at 7 every morning and the hammering began.

These vehicles really do drive (almost) like cars and they’re so much better at many tasks than SUVs. If you’ve ever thrown a couple of bales of pea vine hay in the back of an Audi Q5 or a Hyundai Santa Fe, you’ll know what I mean. It takes months to clear the last few bits out of the back.  With a ute, which has four seats and four doors, as well as a deck, it is no drama. The hay is kept separate from the upholstery.

And the gismos and gadgets, especially on the Wildtrak version, are top notch. There’s even self-parking which means you can slot the big truck into quite tight spaces without needing to use the steering wheel. I don’t know how much use it would get from the average ute bloke, but it’s a nice novelty to be able to park with your arms folded.

The Wildtrak is the pick for me. Below it are the more utalitarian XL and XLT versions, perfect for doing serious work, while above it is the Raptor, released in New Zealand in 2018 as a tarted-up macho model with big wheel arches. Weirdly the Raptor has a two-litre bi-turbo-diesel engine, whereas the XL and the Wildtrak have traditionally had a 3.2-litre five-cylinder diesel motor. However, the more efficient smaller engine has recently been made available for other models and the big motor may be phased out.

I’m not sure who would buy the Raptor – maybe older surfers keen to continue looking cool after the abs have sagged?

I’ve been in the market for a new vehicle, and went to a Ford dealer to take a look at a Mustang. While nice, it was a bit bling for my liking and, being a two-door, not the most practical of vehicles. Throwing the dog in to the back every day would become a hassle. So I made a huge change of direction in my thinking and took a Wildtrak for a test drive and I was mightely impressed. A spin around parts of Banks Peninsula showed me that it genuinely does off road, with no dramas switching between two and four-wheel drive – unlike in the Land Rovers of my youth. A trip to my local supermarket erased any doubts about city use.

To be fair, it is a big beast and if I lived in Auckland or Wellington and needed to use inner-city parking buildings then the Ranger wouldn’t be my pick for daily commuting. But for those in Hawke’s Bay, Wairarapa or Te Wai Pounamu, it’s the bee’s knees. When I was passing through Napier airport carpark recently I saw a big, red ute emblazoned with the face of the local Labour MP. I wonder how that vehicle goes down with his greenie colleagues in Wellington.

Being diesel, having plenty of weight and a decent-sized motor, the Wildtrak can be a thirsty beast, but driving a Nissan Leaf around the vineyard with rolls of nets and a schnauzer in the back just isn’t practical. The day of the electric vehicle will probably come, but not for me, not just yet, despite recent social engineering from the government. Their latest attempt to force their will on country people is to crank up the tax on utes, used by builders, farmers, shearers and other productive folk, so townies can buy cheaper electric vehicles. Politicians should ask themselves: who creates the wealth for this country?

These clowns can fly to London at taxpayers’ expense, on jets burning 50,000 gallons of fuel per flight, to play parliamentary cricket and netball against other countries’ snouts-in-the-trough politicians, then come back here and decide to tax utes, under the guise of saving the planet. Unbelievable.

This article was published before Covid-19 and associated travel restrictions. 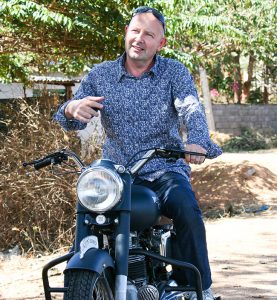 Spinc Media founder, Paul Taggart, is a journalist who edited daily newspapers for New Zealand’s two major media companies. This blog gives him an opportunity to air his thoughts.